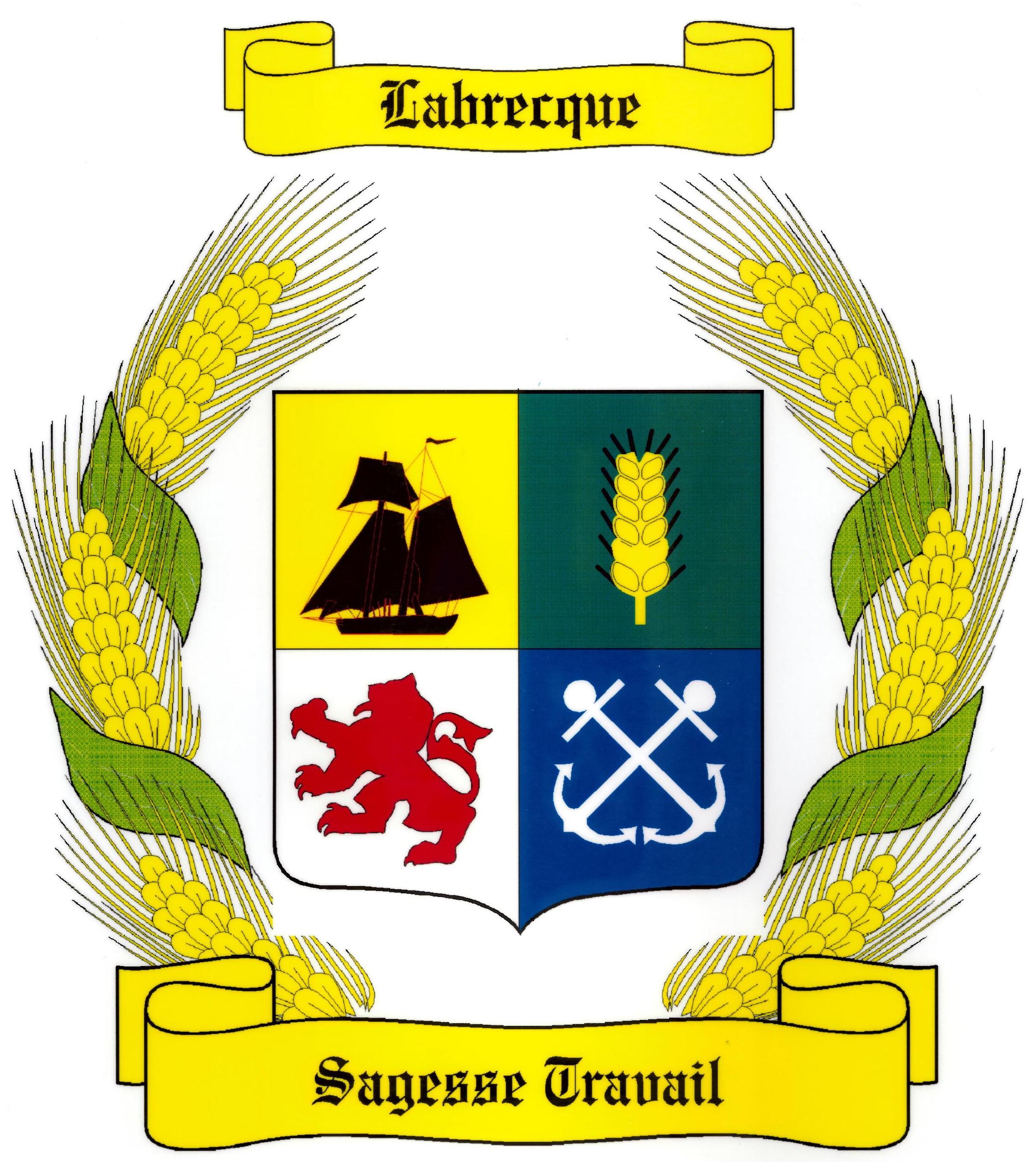 The Association's coat of arms indicates that our ancestors were initially sailors. In Nouvelle-France they continued this profession but also became farmers.

The symbols in the coat of arms can be described as follows:

A sailing ship, silver anchors, a golden cob, a roaring lion, and sheaves of wheat.

The slogan Wisdom-Work (Sagesse-Travail) are meant as a tribute to our ancestors.

The coat of Arms were designed at the Board of Directors request. They were first published in the "Bulletin de l'Association" 2 (#3), p.10, 1996.

Reproduction forbidden without permission of the Association des Labrecque.