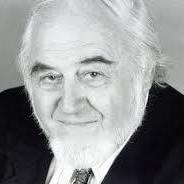 Raymond Lévesque was born on October 7, 1928, at Montreal. He is the son of Albert Lévesque and Jeanne Labrecque. His father was an editor. He is the youngest of two children.

In 1933, Raymond Lévesque is only four years old when his mother dies, carried away by a cerebral thrombosis.

In 1942, at the age of 14, he left school. Her grandmother then taught her the piano. It composes his first songs inspired by the repertoire of Charles Trenet.

In 1944, he worked as a bus-boy at the Copacabana cabaret. He meets the singer Fernand Robidoux and made him hear some of his songs. Fernand Robidoux decides to interpret it. Then, shortly after, he began his career as a singer of his compositions.

In 1953, he created the character of Moineau in the play of Marcel Dubé "Zone". He wins the better dramatic performance.

In 1954, he decided to go to France in the hope of being discovered. After meeting French producer Eddie Barclay, Raymond becomes a recognized composer when Eddie Constantine records her song « Les trottoirs ». At the same time, Dominique Michel, who is also in France, made a success of the song "Une petite Canadienne".

In 1956, he composed the song « Quand les hommes vivront d’amour » inspired by the war of Algeria which is part of the current events of that time. Eddie Constantine was the first to record this song in France. Afterwards, Raymond Lévesque takes up the song and starts a European tour with Annie Cordy.

In 1959, after five years in France, Raymond Lévesque returns to Québec. Upon his return, he began an acting career by taking the title role of Marcel Dubé's "Médée".

On May 14, 1959, he officially opened, with Jean-Pierre Ferland, Clémence Des Rochers, Hervé Brousseau and Claude Léveillée, on the rue Crescent in Montréal the first song box in Québec, Chez Bozo, named in honor of a famous song by Félix Leclerc.

On June 18, 1966, in Val-David, he married the actress Manon Bernard. He adopts his son and gives her another child.

In the 1970s, he saw a thunderbolt during his meeting with Céline Arsenault. To live his passion with her, he leaves his family and separates from Manon Bernard.

He participated in the performances of the "Nuits de la poésie" and performed regularly for the benefit of striking workers.

In 1974, his song "Quand les hommes vivront d'amour" experienced a second life while Félix Leclerc, Gilles Vigneault and Robert Charlebois interpreted it together during the Francofête show. The song reaches even the top of the European charts.

In the 1980s, Raymond Lévesque completely lost his hearing. He moved away more and more from the artistic milieu and isolated himself. He began writing humorous books, poetry and novels.

In 1986, the radio station CIEL-FM created the CIEL-Raymond-Lévesque prize, awarded each year to a songwriter to emphasize the importance of his work. He is the first recipient.

In 1992, at the show celebrating the reopening of the Théâtre Capitole de Québec, a poll of the Quebecois population gave the title of "Chanson du Century" to Raymond Lévesque's hymn "Quand les hommes vivront d'amour".

In 2005, the Government of Canada announced it would be presented with a Governor General’s Performing Arts Award, one of Canada's highest honors. By political conviction, he refuses the price.